The roots of Still Waters can be traced back to the earliest days of alcohol and drug recovery. All the way back to the “retreat” setting of Bill and Lois Wilson’s High Watch Farm, to the original “guest house” approach of Hazelden, and the “mutual help” philosophy of the Minnesota Model. The aim of these approaches was to shift from a life of isolation to a life of dialogue. Dialogue between one recovering alcoholic/addict to another; dialogue that had depth and weight between two people who understood one another. This mutual help, peer driven, 12-step living approach to help the suffering alcoholic/addict, coupled with the addition of a counseling staff, are the roots of the Still Waters program.

The history of Still Waters began with a phone call from a music business professional named Bert Stein, to the then Cumberland Heights Director of Marketing, Walt Quinn. Bert told Walt that he and some other investors had a property in Lobelville, TN and was curious if we were interested in it for a treatment program. After we acquired the property no one knew exactly what to do with it.

Numerous ideas were floated about until one day the former CEO of Cumberland Heights, Jim Moore, called Heath Chitwood and asked to meet with him for lunch.

At that lunch, Jim shared his vision with Heath of developing a program “like it was done 35 years ago when I got sober.”

A program based solely on the 12-Steps and the spiritual principles surrounding those steps.

A program staffed entirely with recovering alcoholics and addicts who would share their experience, strength, and hope to others who wanted and needed sobriety.

A program based on fellowship, brotherhood/sisterhood, and love.

But also, a program with structure and accountability that would help overcome what some call “self-will run riot”.

A place where the recovering alcoholic/addict could learn to attend to the details of daily life, tell their stories, and listen to each other.

This was the framework Heath was given to design the Still Waters program.

After accepting this responsibility, Heath immediately recruited long-time friend and colleague Richard Dorn to help him design and implement this vision of Jim Moore’s. Jim’s vision was realized in October of 2009 when Still Waters opened to their first resident with a skeleton crew of Heath and Richard as well as Jason Ferguson, Jeff Browning, and Patrick and Kim Denton. Heath, Richard, Jason, and Jeff were responsible for managing the milieu of residents 24/7 while Patrick managed facility maintenance and Kim helped keep the place clean. From these humble beginnings of 14 male beds and six staff, we have grown to 34 beds in the men’s program, opened a 17-bed women’s program, added a transition’s program, and offer recovery coaching to alumni. We have graduated well over 1,000 men and women and have a thriving alumni community

A Special Thank You to John Curtiss

Still Waters also owes a debt of gratitude to John Curtiss, the CEO and founding member of The Retreat in Wayzata, MN. The Retreat is considered the first 12-Step immersion program in the country, and the one in which the core of many immersion programs curriculum originated. John Curtiss was an invaluable mentor to Still Waters and the guidance he so graciously offered is one of the main reasons we are as successful as we are today. Thank you so much John!

A Letter from Our Executive Director I would like to take this opportunity to thank you for visiting our website and your interest in the Still Waters program. You probably didn’t come across this website by accident. You may have just found out that someone you love has an alcohol or drug problem and you’re trying to find help for them. Maybe someone recommended us, and you are here trying to figure out if this is the place you need to send your loved one. You may be in crisis and scared at this very moment and have been wading through internet ads and websites and have no idea what you are even looking for. You might be that parent or spouse who had been going through this with your loved one for many years and have tried numerous treatment programs that all offer basically the same thing, and none of them have ever worked; you’re looking for something different this time, something you’ve never tried before, or….you may be the person who is actually suffering from alcoholism or drug addiction right now and just wants help.

Whatever reason brought you to our website, I pray you stay and keep reading because Still Waters is not your traditional treatment program.  It’s something you’ve probably never tried before. It’s a truly immersive experience into the 12-Steps. It is not just a 12-step “based” program but a true 12-step “living” program. Our staff are all in recovery themselves and know exactly where you’ve been, where you are emotionally right now, and can teach you the tools needed to stay clean and sober and have a future better than you can even imagine. When you complete our program, you will have a lifelong brotherhood/sisterhood and will never be alone again. Please take the time to check out our site and then reach out to us for help.

I was at a point in my life where I had completely given up on life. I was trying to find my end at the bottom of a bottle. I made the decision to try to turn things around one last time. That was when I found my way to Still Waters.

While there I began learning how to love myself again. I was welcomed with open arm into a brotherhood of men working to break the shackles of drug and alcohol dependency.

I will forever be grateful to loving and caring staff who showed me life is worth living. In the three years since I commenced with my life after chemical dependency I have truly learned how to live happy, joyous, and free.

Work the Steps, experience Life with Us. 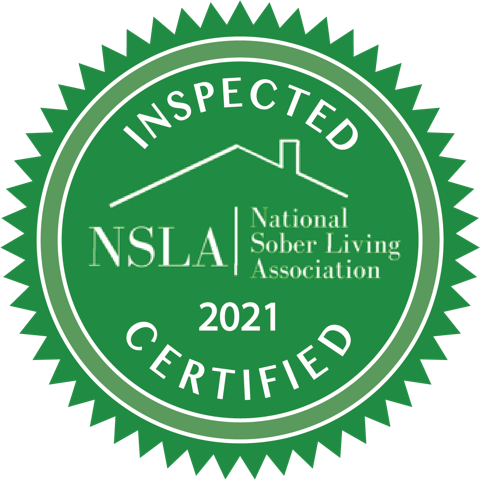 Proudly accredited by or partnered with: